Sargent-Disc Green Production Round Table in association with Film London

Film and television production presents a worldwide platform to campaign for better environmental practices, through efforts behind camera as well as the message portrayed on screen.  With the need and desire to utilize eco-friendly production processes, European industry experts gathered at the Sargent-Disc Green Production Round Table, held in association with Film London and Screen Daily, at the Cannes Film Festival. They discussed steps film and TV producers could and should be taking to adopt a more eco-friendly approach to making content. The Participants all agreed the industry needs to adopt more sustainable practices and cut the carbon footprint for production, however there were different thoughts on how to achieve this.

The panel agreed that the adoption of common standards would be a significant step, given for instance the variety of carbon calculators currently available to producers. “Every country and even regions [in Europe] are developing their own calculators, which doesn’t make sense,” noted Birgit Heidsiek, editor of the Cine-Regio Green Report 2017. “For European co-productions, it would be good if we had one carbon calculator that everyone used.”

Raising awareness continues to be an ongoing challenge amongst the production community, with a growing number of free green workshops. Educating people coming through film school and joining the industry was noted as a key step to be taken. Joanna Gallardo of Ile-de-France Film Commission and Ecoprod pointed out that some film schools in France and Belgium are already offering such courses. Gallardo noted that technical crew, including line producers and production managers, were asking for advice and training on sustainability best practice most often “because they are the ones who see the waste on the shoot everyday – they can see the impact. The producer can sometimes be a bit far away from that.” 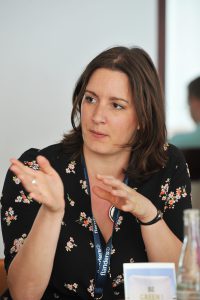 The speakers agreed that it can be difficult to convince independent producers to adopt green practices, and so it is important for the industry to provide products that make the process easier. “We need to get the whole chain involved. It should not just be on the shoulders of the producers and the technical crew,” said Gallardo, who observed that producers need to be shown how going green on production can help save money and increase efficiency. Laurence Sargent of Sargent-Disc added: “If you’re looking at your budget as a head of department, you’re looking at how much money you have to reach the end of the shoot. You’re not thinking necessarily about how much carbon you’ve got.  You’ve got a financial controller, who’s your carbon controller?” 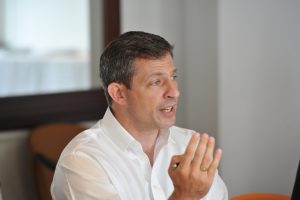 Taking the paper out of productions through digital tools (such as Digital Purchase Order) was a popular suggestion to help reduce carbon emissions, along with re-assessing travel methods for cast and crew, using renewable energy where possible, and banning the use of plastic cups and bottles. “I cannot force producers to change,” said Luca Ferrario, film fund manager of Trentino Film Fund and Commission, which has introduced a T-Green Film rating system for film and TV productions. The certificate is based on a points system grouped by categories including energy conservation, waste management and catering, and provides financial incentives. In Trentino’s latest round of funding applications, nine of 13 applications signed up to T-Green. “That was way more that I was expecting,” Ferrario said. “It means they care; they are willing to try.” 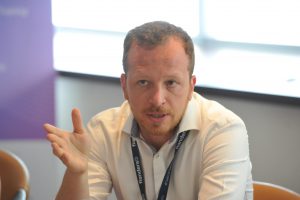 Anna Serner, CEO of the Swedish Film Institute, observed that funding bodies needed to get more involved. “We need to start awareness at the funding stage and be the ones having the conversation with producers. If we have simple guidelines, we can take an active role, and link through to the regions’ initiatives.” she said.

“The starting point is always the hardest,” noted Bogdan Tomassini-Buechner of Digital Purchase Order. “Productions complain that they have no money, no time, so it would be a good starting point to help them with clear and simple guidelines that they can follow within the normal process of production, so they don’t have to change the process.” Digital Purchase Order simplifies the workflow for decision makers, removing the need for multiple emails and manual circulation via a secure, easy to use interface. 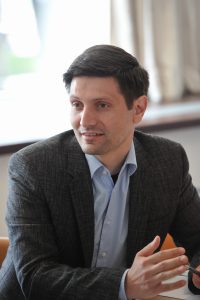 “Intelligibility and accessibility is key,” added Adrian Wooton, CEO of Film London, which runs Green Screen, an environmental best practice initiative adopted by productions such as Netflix’s The Crown and BBC Films’ City of Tiny Lights. “There is an interest and desire from producers but you need carrot and stick. For instance, the UK broadcasters have adopted environmental production policies which producers must adopt or they don’t get the money.”

A number of good suggestions for environmentally friendly production came out of the meeting, but the motivation behind them was clear as Glenn Roggeman of AED Studios stated, “We only have one world”.

Taking the drama out of production.
© Sargent-Disc 2016. All rights reserved.
Contact Us

Send us an email and we'll get back to you as soon as possible.